The United Kingdom and the European Union have published their Trade and Cooperation Agreement. This article assesses the possible implications the well-awaited deal might have for employment law.

As predicted, in return for a tariff and quota-free trade deal, the UK has agreed that it will not reduce employment law rights below the standards that existed on 31 December 2020 – but only if this affects trade or investment.

The UK is welcomed to choose to diverge from future EU employment laws, however the EU may apply rebalancing measures if it obtains proof of a material impact on trade or investment.

Also, EU to UK data transfers can also continue for a period of 4 months (which can be extended to 6 months). Certain visa-free travel will be permitted for business purposes and there is also a deal on social security cooperation.

The Brexit Trade and Cooperation agreement provides that the UK and the EU mustn't weaken or reduce the level of employment rights in place in a manner affecting trade or investment.

Separate commitments have also been made in the road transport section of the agreement to comply with rules on working time, rest periods, breaks and tachographs for drivers transporting goods between the UK and the EU.

The agreement commits both sides to maintaining a system for effective domestic enforcement, including effective systems of labour inspections, court action and remedies.

The proposed future EU laws and rebalancing of provisions will mean that the UK will not need to "follow the ECJ rule book" in the sense of having to align future employment law with EU directives or ECJ decisions.

This is because the EU had originally proposed that the UK should be required to stay aligned with new EU employment rights, but actually the agreement does not require this.

Instead, it provides that if the United Kingdom diverges significantly from the European Union in relation to employment rights in a way that materially affects trade or investment, the European Union can take "appropriate rebalancing measures" subject to an arbitration process.

Where existing EU-derived employment law is concerned, it is unaffected by the deal. EU-derived domestic legislation in effect immediately before 31 December 2020 simply carries on as part of the UK's domestic law.

Any UK domestic legislation implementing EU rights must continue to be interpreted in conformity with the relevant EU law.

While the UK government has succeeded in negotiating the freedom to diverge from EU employment law, employers should not necessarily expect significant gaps to open up quickly. The EU and UK employment law agendas are not that far apart in the immediate post-pandemic future. Employment tribunals are likely to be cautious, at least initially, and to respect most new ECJ decisions. However, employers should expect and prepare themselves for an extensive new scope to litigate and relitigate points that, until now, were considered settled. It remains to be seen whether the UK higher courts will be inclined to set about overturning ECJ decisions and, if so, on what basis. More immediately, employers should remember that European works councils can no longer be based in the United Kingdom and firms need to decide how to deal with their UK representatives. (Most have already put in place arrangements for this.) The fact that the United Kingdom has secured a trade deal with the European Union has not changed the most significant people-related impact of Brexit, which is the end of freedom of movement. However, the provisions in the agreement on data transfers and social security will be broadly welcomed. 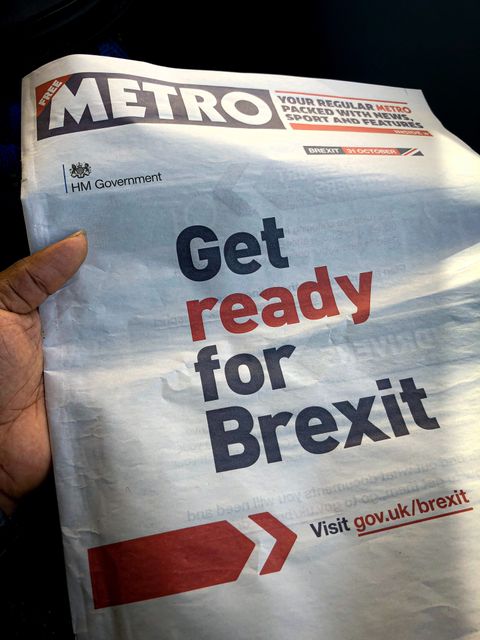 U.S. business formations created in the back half of 2020 continue to thrive amid Covid-19
Olivia Holder